A Case of Culture Shock 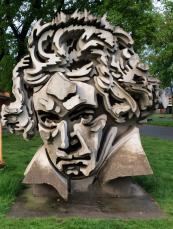 Click here to watch a video of this article, which includes examples of adaptation action underway in Europe.

Having just completed a trip through the United Kingdom, Germany, France and Denmark, I must admit that I was suffering from a bit of culture shock.  It was not because of the diversity of the food, the languages or the sights and sounds. The western world is becoming too homogeneous for that to be a factor.

You could travel throughout Europe and easily live on pizza or kebabs if you so desired.  No, the shock came from the reactions I got from people when I told them what I did for a living.

People talked freely about climate change without fear of ridicule.  I overheard it as a topic of conversation in pubs and on public transport.

This is not something I experience in Australia.  At any social event or restaurant, when I start talking about my job, I am often met with confused glances. More than once someone has quipped that they did not even know that it was a real job or that it was all just a hoax and I was cashing in.  When people in restaurants asked what I did for a living there were no questioning glances, confused looks, or the question, ‘So is climate change really happening?’.  Europeans understood that climate change is important and we need to do something about.  They even encouraged me that I was doing the right thing and must keep going. 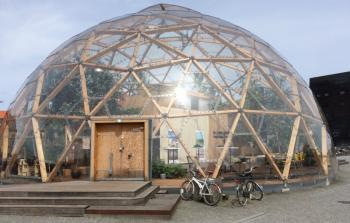 I had meetings and events with climate officials and practitioners throughout Europe.  We talked of the many reforms they sought to achieve, access to funding, future research needs and all of the many topics that one tends to cover when you meet with foreign counterparts.  For my part, there was a great deal of interest in our use of adaptation pathways to support decision making in the Torres Strait and drive community level reform.  There was also lots of interest in the innovative techniques we have used to engage leaders from different sectors to deliver climate actions in South Australia. I also learned a great deal from the people I met with. 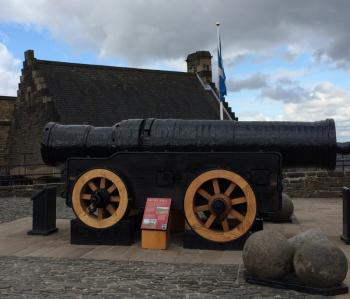 Of particular interest was the effort that a number of regions and countries are investing in measuring adaptation benefit.  There are many examples of approaches, but a showcase example is the UK Climate Change Committee’s approach.  They have worked hard to balance the difficult task of figuring out what to measure today that will indicate if an action will have positive benefits in the future.  Here is a web link if you want to track the progress.

From the conversations, it was clear that European officials operate in a very positive policy environment.  Each of the countries had national climate policies, or were in the process of developing them.  There are billions of Euros available for adaptation planning and action. Research networks were humming and activity was visible everywhere. 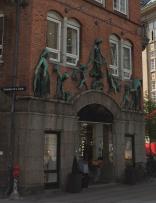 Despite the massive differences in community attitude in Europe, there was the often repeated concern that there is still a need to improve engagement and get greater buy in. Policy makers and practitioners alike were aware of the continued opposition and barriers to action.  From my perspective, this was astonishing.  I could not imagine a more utopian environment.

The European response highlights the importance of seeking reform.  Many of us seek to deliver a positive change in society, and there still remains much to be done.  We still need to see fundamental reform in how we plan for the future, invest in infrastructure and make better decisions.

We know the size of the task before us, and we know that we are still not moving fast enough if we are to limit the worst consequences of climate impacts.  From this perspective, no amount of political or community support will ever been seen as enough.  It taught me that it does not matter what the local political or social context is. Some degree of opposition to reform is inevitable.

Perhaps we dwell on this too much. It has never been about the level of opposition, but about our willingness to press on regardless. As for me, I choose to focus on continuing to drive change and recognise we will always face resistance.