What do you do when your government wont let you march?

This was the question faced by Parisians when the government banned the March because of the recent terrorist attacks.  In an inspirational response, the people of Paris filled Republic Square with shoes to commemorate those who would have marched. I went there yesterday to participate.

Here are some images from the day. 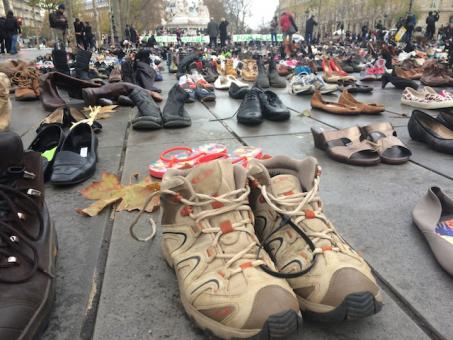 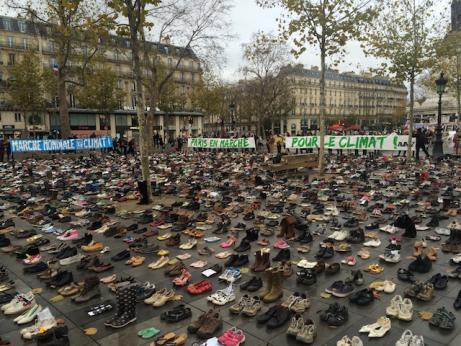 It was an endless sea of shoes. 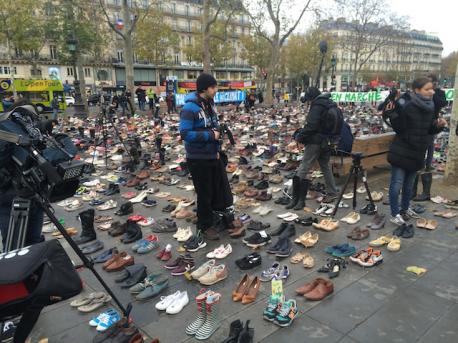 There was a large media presence. 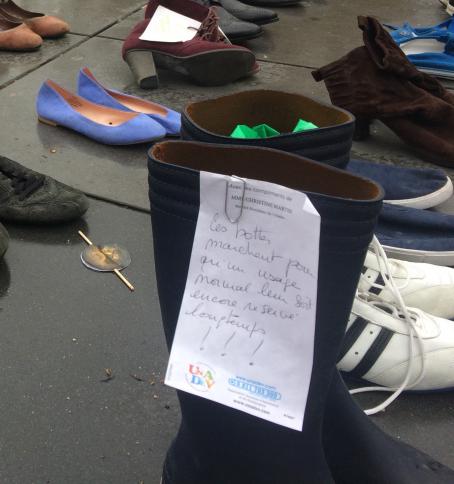 Help me out here, but I think this translates to "These boots are for marching while we still have time"?

Nearby, Parisians used the Republic Monument to commemorate those lost in the recent terrorist events. It provided a clear illustration of why the March was cancelled. 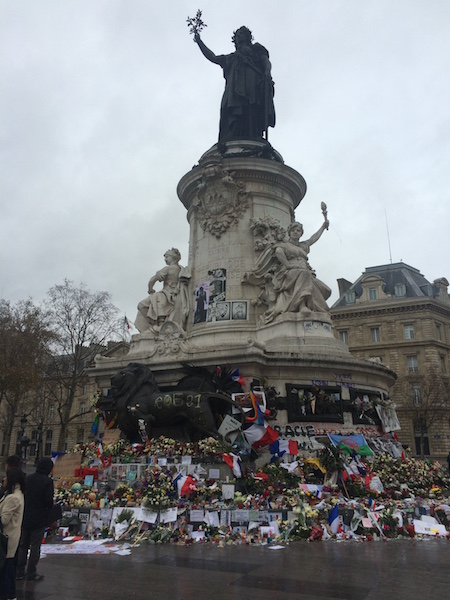 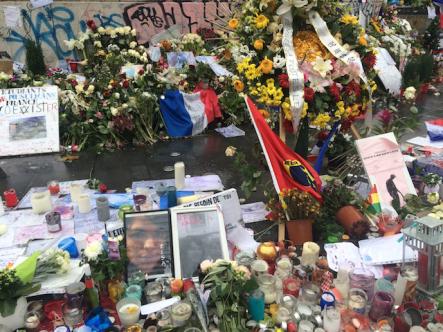 People would come daily to light candles for those who were lost. 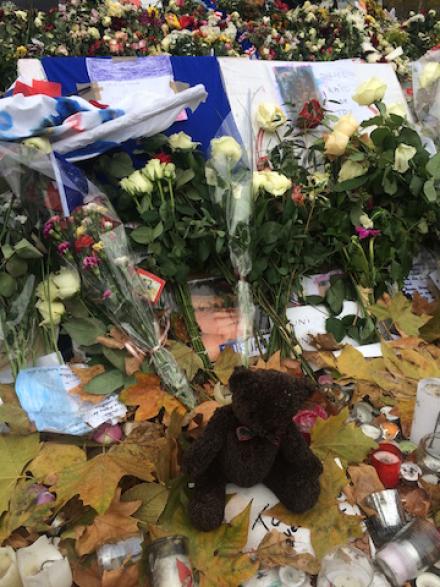 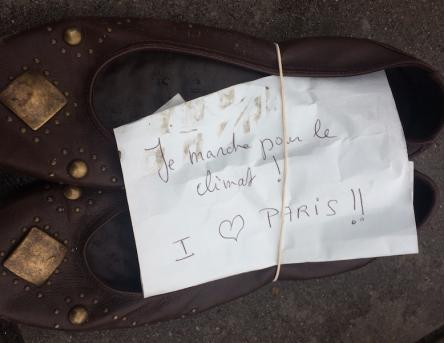