Visions 2100: Stories From Your Future

When I was asked to contribute to a book, I had no idea I would be launching it at the Paris COP 21. 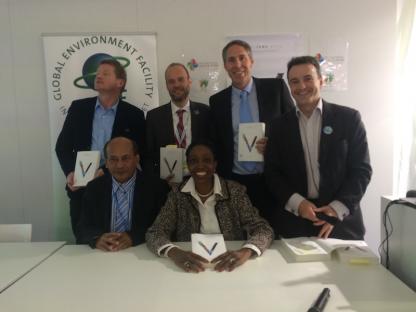 Visions 2100: Stories From Your Future holds stories from some of the world’s leading environmental thinkers and influencers. It includes those leading the process of making global agreements on climate change and those working on leading technology solutions. These are the people who are shaping your future world. Their visions tell what they want to see in the future. They are passionate about achieving the world of their vision.

Among the visions there are contributions from -

I got to share the stage and hear the visions of Dessima Williams, former Ambassador of Grenada, Claus Alstrup from the Global Environment Facility, John Gibbons from Think or Swim, and of course John O'Brien the coordinating author.

We talked about how the most important way to achieve the future you want is to have a clear and coherent vision.  It is important to be able to communicate the vision, and this will motivate others to act.  If enough of us share the vision the world will change.

It has been a great privilege to be part of this project.

Click here if you wish to learn more about Visions 2100. 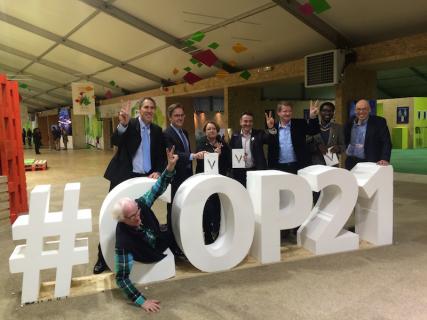 The Century of Awakening

What astonished people the most was just how solvable those seemingly intractable problems were.  Poverty, equity, energy, hunger, resource consumption – all were overcome so swiftly, some wondered if they were even problems at all.  Climate change has bitten deep, but we continue to overcome through ingenuity and cooperation.

It was the internet that ultimately saved us. Or more correctly, it was the information system that instantly connected every human on the planet.  With 11 billion minds to think about our problems, there was always someone somewhere who was able to generate a wise solution.  That solution was quickly propagated and built upon by the next connected mind.

It turned out that 99% of people just wanted to live happy and purposeful lives. Values they realised they shared with almost everyone on the planet.  Democracies suddenly found they could not be elected on fear based polices.  Even autocracies found little support for hatred and protectionism.

It became known as the Century of Awakening. The time when we finally shook off our fear of the natural world, and our fear of each other, and became the real stewards of the planet.  Instead of cursing us for the world we left them, those born in the 22nd century looked back and praised us for the peace and sustainability we created.